As part of the business combination agreement, Praxair shareholders received one share of Linde plc for each Praxair share they had held. Linde AG shareholders who accepted the exchange offer received 1.54 shares of Linde plc for each Linde AG share tendered under the exchange offer. Fractional shares will be aggregated and sold in accordance with the terms of the exchange offer document and the business combination agreement. Shareholders with fractional shares will receive cash in an amount representing such holder’s proportionate interest in the net proceeds from the sale.

Now that the business combination has been completed, the companies will focus on finalising the divestitures required by the respective antitrust authorities. Necessary divestitures include, in particular, certain sales in the United States which Linde AG is required to complete by 29 January 2019. Until the completion of the majority of such divestitures, Linde AG and Praxair are obliged to operate their businesses globally as separate and independent companies, and not coordinate any of their commercial operations.
Eingestellt von RA Martin Arendts um 15:44 No comments:

Linde AG: Execution of merger agreement with Linde Intermediate Holding AG and squeeze-out of minority shareholders against adequate cash compensation in the amount of EUR 188.24 per Linde AG share

On such basis, following the approval by the Linde AG Supervisory Board, the Executive Board of Linde AG today entered into a merger agreement with Linde Intermediate pursuant to which Linde AG transfers all of its assets as a whole with all rights and obligations to Linde Intermediate by dissolution without liquidation according to sections 2 no.1, 60 et seqq. German Transformation Act (merger by means of absorption). The merger agreement contains the statement pursuant to section 62(5) sentence 2 German Transformation Act that a squeeze-out of the minority shareholders of Linde AG as the transferring entity shall occur in the context of the merger.

Linde AG intends to convene an extraordinary shareholders’ meeting for 12 December 2018 to resolve on the transfer of the shares held by the Linde AG minority shareholders to Linde Intermediate against payment of a cash compensation in the amount of EUR 188.24 per Linde AG share.

The effectiveness of the cash merger squeeze-out is still subject to the resolution by the Linde AG shareholders’ meeting and the registration of the transfer resolution and the merger in the commercial registers at the seats of Linde Intermediate and Linde AG.
Eingestellt von RA Martin Arendts um 13:11 No comments: 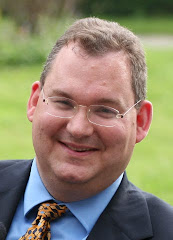